This is the A-Team, from left to right Bruce Sherring-Lucas, Steve Cripps, Simon Blanchard and myself. This was the team that built my idea and turned it into reality. I might have made the pieces but Bruce, Steve and Simon put them together, and took it all apart at the end of the show. I could not have done it without them (or Tall Graham who was there when needed). I can’t express how grateful I am or how lucky I feel to have such wonderful friends. Thanks too to Ruth and Dan at Wycombe Arts Centre for making it all happen.

We installed ‘Community’ over two days in early April 2019. I had picked up the constituent pieces from my studio at Digswell the evening before, so we were ready to start as soon as Ruth Gunstone, the Arts Centre manager, opened it up.

The first task was to fit the wooden base together. My studio did not have enough room to make this before the installation so, as with almost all of ‘Community’, the first time I put it together for real was at the venue. Pleased to say it all went like clockwork.

The upper half of the aluminium frame, which would support the array of pendulums, was then constructed. Two and a half metre lengths of box section tube were joined with push-fit, steel reinforced joints. These had to be hammered into place. A task completed with much gusto by Simon and Bruce. 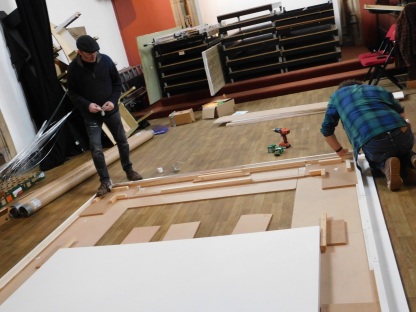 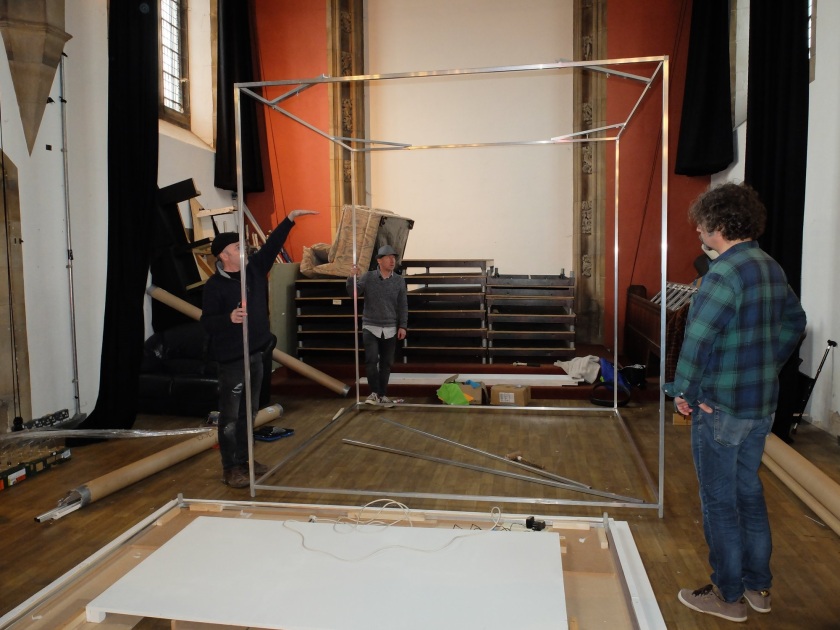 The pendulums themselves hang from four clear perspex sheets mounted within an aluminium frame. Again, this was constructed using push-fit joints. 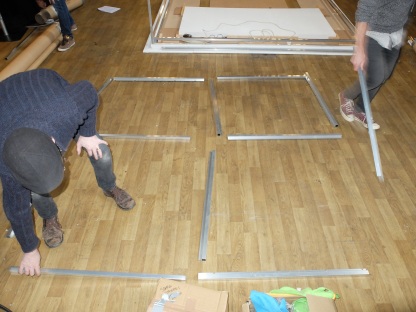 The top part of the pendulums was fitted into the holes in the perspex sheet. Each acrylic rod is held in place by an acrlic bead, which acts as a universal joint allowing free movement horizintally, and a silicon ring above the bead holding it in place. This ring is firm but adjustable and the level of the pendulums can be adjusted easily. 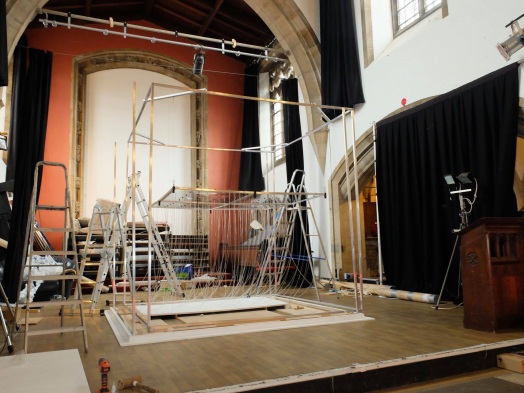 The upper cube is then joined to the lower sections. This can be done horizontally. The frame is light enough and the joints strong enough to make this the easiest solution. Once the outer fame is complete the inner frame is hoist into place, using pulleys, and attached to the suspension wires. 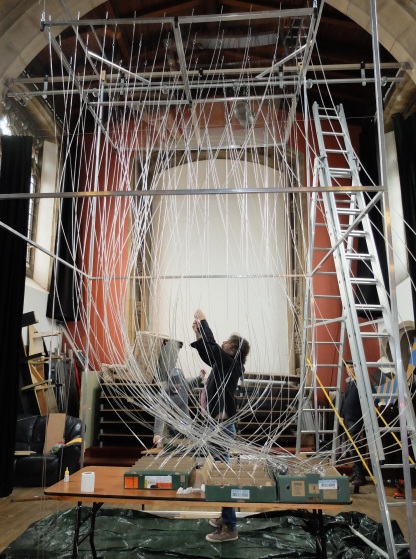 The lower parts of the pendulums, with the spheres containing the magnets, are then glued into place. The height of the pendulums can then the adjusted to make sure they are all at the same level. This is critical for the array. The pendulums must all be level so that they repel one another evenly. This is done from both the base and the inner frame. Bruce was responsible for most adjustments at the four metre high inner frame. 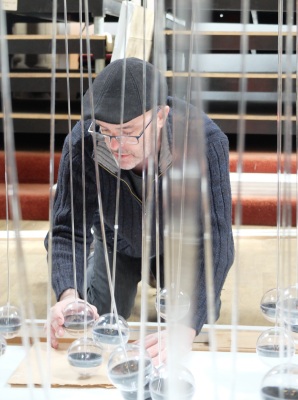 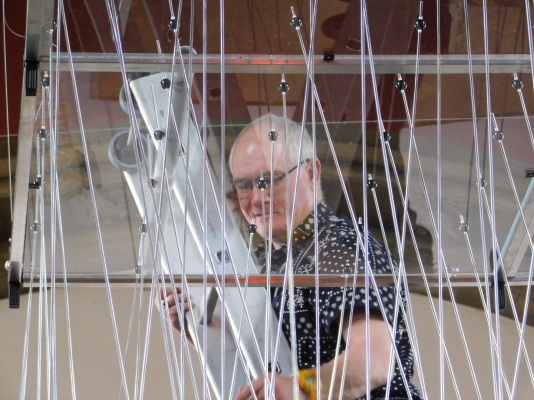 The pendulums were level, and all that remained was to put the final trim to the base and switch the electronics on for the first time.